The Chicago Marathon has become one of the most prestigious and renowned sports events in USA. It takes place annually in the Windy City and is part of the six World Marathon Majors (the others being Boston, London, New York, Berlin and Tokyo Marathons).

Not surprisingly, this race is heavily attended and sees participation at a major scale.

The organisers have had to limit the number of participants to 45,000. They have also instituted the rule that only those racers who are able to complete the marathon in 61/2 hours would be officially timed.

The event originated on September 25, 1977 and in 2018 saw its 41st edition. There had been a tradition of marathons in Chicago predating the 1977 event with the first ever marathon taking place in the city in 1905. But it is in 1977 that the marathon became an annual feature of the racing calendar.

Like previous editions, this time also, the biggest names from the world of long-distance running took part and made the event memorable.

This year’s Chicago Marathon was attracting even more attention than previous editions for some very special reasons. To begin with, 2017’s marathon was the 40th edition and saw almost up to the limit participation with 44,508 participants taking part. On top of that, Galen Rupp became the first American to win the event in over a decade.

So, people keenly looked forward to seeing how the 2018 edition would play out and follow-up the impressive show of last year.

The event was also gaining a great publicity due to the participation of Sir Mo Farah – the East-Africa born long-distance runner who has won six Olympic gold medals for Great Britain – and his showdown with the defending champion and home favorite Galen Rupp.

Other well-known names in the men’s division included Mosineth Geremew of Ethiopia, Suguru Osaka of Japan, Kenneth Kipkemoi and Geoffrey Kirui of Kenya.

The women’s division didn’t lack star-power either with two-time former champion of this event Florence Kiplagat, Brigid Kosgei and Veronicah Nyaruai, all representing Kenya, competing for the top spot with Roza Dereje and Shure Demise of Ethiopia.

Before the marathon, both Rupp and Farah talked about their friendly rivalry and how much they would love to beat the other. But they also made it clear that they shared mutual respect and, having been training partners, would not let the competition sour their relationship.

In spite of being the defending champion, Rupp wasn’t the favorite.

That honor belonged to Farah, not just because of his illustrious record but also due to his 21-1 advantage over Rupp in head-to-head comparisons. Both men, however, had one more goal to seek. While Farah wanted to break the European record, Rupp was aiming to better the national record in the marathon.

There was also, a joker in the pack in the form of Geoffery Kirui, the Kenyan great, who was expected to put up a decent show himself.

Another major point of attraction in the race was the marathon debut of Gwen Jorgensen – Olympic triathlon champion. Fans were interested to see how she would perform.

The women’s division was also looking strong with three women in the line-up with the experience of earning sub-2:20 timing. These were Roza Dereje, Florence Kiplagat and Birhane Dibaba. Two others had recorded sub-2:25 timing also.

The race began nice and early at 7 AM on Sunday, October 7. Live coverage of the event was provided by NBC. What differentiated 2018’s marathon from the previous editions was the new route.

The entry fee for US residents to take part in the marathon was $195 while that for non-residents was kept at $220. Only those who were older than 16 years were allowed to run and among them, participants up to 17 years of age were required to have the clearance from parents or guardians.

The sequence of events began on October 7th, Sunday at 5:30 in the morning with gear checks getting underway and opening of start corrals. The starting point was the Grant Park in the city. The location of the starting line was Columbus Drive and Monroe Street.

But since everyone could not be accommodated at the line, participants were required to enter the run from their designated corrals. The runners were expected to be at their corrals at least 15 minutes before the start of the race.

The first wave of marathoners started their run at 7:30 and the next batch half-an-hour later. The third and last wave of runners took off at 8:35. From 9:30 AM onwards, Biofreeze 27th Mile Post-Race Party was held at the Butler Field of Grant Park.

20 aid stations were located along the course providing liquids and medical support. Timing checkpoints were placed at every 5 kilometers and digital clocks were provided at many points also. 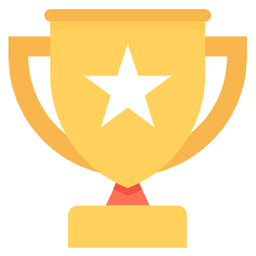 The favorite Mo Farah won the race in men’s division while, much to the disappointment of the home crowd, Galen Rupp finished 5th. Mosinet Geremew came second but the big surprise was the third-place earner Suguru Osaka of Japan.

No American was able to finish the race in less than 2:30 hours. Gwen Jorgensen failed to make a mark either in a disappointing race for him.

In women’s division, Bridget Kosgei of Kenya emerged the winner while breaking the 2:19 barrier, which only eight women before her had done. Roza Dereje came second and Shure Demise got the second runner-up position.

The event proved to be memorable with record 44,571 competitors finishing the race, the biggest number ever.

What made this achievement even more impressive was the fact that rains and cold weather created difficulties for the runners. Another successful chapter was added to the glorious history of Chicago Marathon with its latest edition.